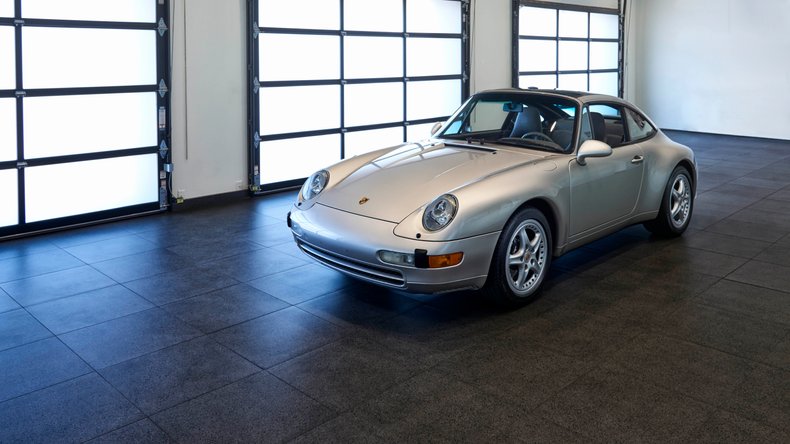 The very first 911 Targa appeared in 1967. A growing fear that the German government might outlaw convertibles all together, Porsche created the Targa on the promise that it would remain safe, legal and versatile. The targa name was adopted from all of the race cars that Porsche would run in the Legendary Targa Florio sports car race on the island of Sicily at the end of the racing season. The weather would be so hot in the late summer, that many manufactures would remove the roof to create an open air roof to help cool the drivers during the long grueling endurance race. The open air roof soon became know affectionately as Targa Top.

The 1998 911 Targa is likely one of the most interesting and rare interpretations of the Targa model. 1998 was the last year of the 993 air cooled generation of 911's. This car has the vario-ram intake manifold and makes 286 bhp which about 14 more than the earlier 993 cars with out the benefit of the trick intake system. In 1998 Porsche is believed to have brought in about 122 Targa's of which 100 were equipped with the Five Speed Tiptronic Automatic Transmission. This car here is then just one of 22 equipped with the beautiful Six Speed Manual Transmission. The Targa roof on the 993 is also unique in that it does not feature a large metal roll bar but rather has an extremely large, all glass roof that opens electronically. Porsche has proven to be way ahead of the times, as similar large, all glass roofs now feature prominently on luxury cars and SUV's alike.

This Targa has had four previous owners and remains today in excellent, original condition. Finding a 993 that has been exceptionally cared for is rare indeed. Finding a 6-spped Targa is therefor an incredibly rare occurrence. We invite you to contact us to learn more about this amazing Porsche either in person at our Porsche Dealership in Las Vegas NV or via email. Michael Deeb, Classic Manager, 702-383-6800. mdeeb@gaudinporschelv.com