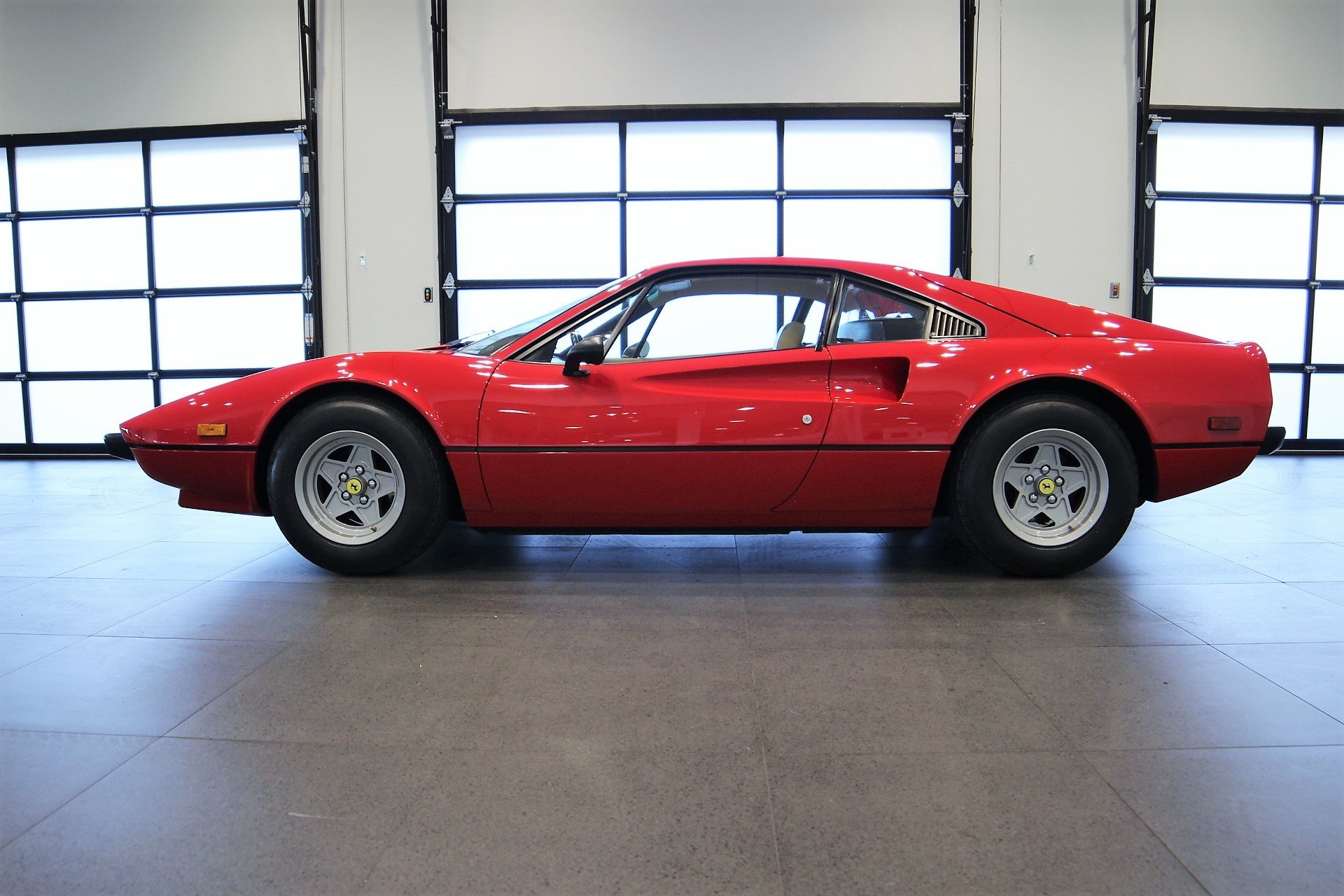 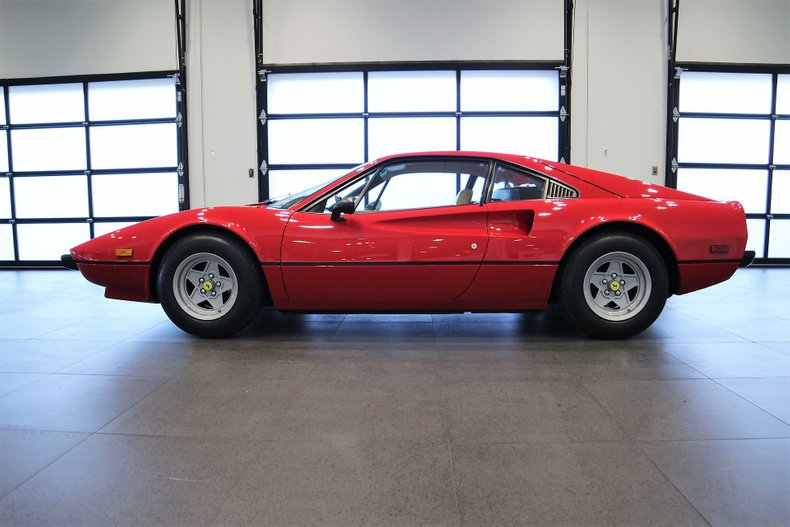 At the Paris Motor Show in 1975, Ferrari introduced the direct replacement for the mid-engine 246 Dino, the Pininfarina styled Ferrari 308 GTB. The car was driven by the transverse, mid mounted F106 AB V8 engine, itself fed by four twin choke Weber 40DCNF carburetors. The American market version of this engine produced 237 bhp @ 6600 rpm. American versions also ran a conventional "wet sump" lubrication system similar to the one found on the 308 GT4 Dino. Carrozzeria Scaglietti built 712 of the early versions of the 308 in Glass-Reinforced Plastic (GRP) bodywork that was extremely light; they tipped the scales at just 2,315 lbs some 331 lbs lighter than the later steel bodied cars. Over 6,000 Pininfarina 308 GTB/GTs's were constructed between 1975 and 1985 yet only 700+ were the now coveted Vetroresina versions.

A story detailed in the Ferrari Market Letter describes the first four 308's being imported by Algar Ferrari of Philadelphia. Of the four cars, this car here #19397 was the lowest sequence VIN# and thus has long been considered the very first one in the USA. The car has had two long term owners. The second Bay Area owner commissioned a full mechanical and partial cosmetic restoration of the car, after which he showed the car at several local Concours; eventually he placed first in class at the Concours d'Elegance in Palo Alto Ca. The car has recently been treated to fresh, major engine service including belts, fluids, water pump, thermostat , cam-pulley guides, synced carbs, rings and gaskets by the famed Continental Auto Sports in Illinois.

This car presents in excellent overall condition. The paint has a rich shine in traditional Rosso Chiaro Ferrari red. There are only a few tiny imperfections in the paint; typical of fiberglass cars. The interior looks original. the hides have light patina to their age. The carpets, dash, door panels and headliner all possess a beautiful fit and finish. The car looks like it is just two or maybe three years old! The Ferrari starts easily. Once warm the car pulls cleanly away from a standstill. The gearbox must be warm in order to move the lever successfully through the gated shifter. The car makes very good power which you can really feel through the seat thanks to the light weight. The brakes are strong with progressive feel through the travel of the pedal. The best sensation however, is the noise coming from behind your ears. The chain driven cams make an intoxicating melody that can only come from Maranello. The sound is so addictive you'll find your self rowing unnecessarily up and down the gears just for a listen!

With a fresh service, super low miles, recorded provenance and extremely low production numbers, this Vetrorensia checks every box a collector could desire. The car is ready to be immediately enjoyed by its next passionate owner. Please contact Micheal Deeb at 844-582-5277 or email at mdeeb@gaudinporschelv.com.