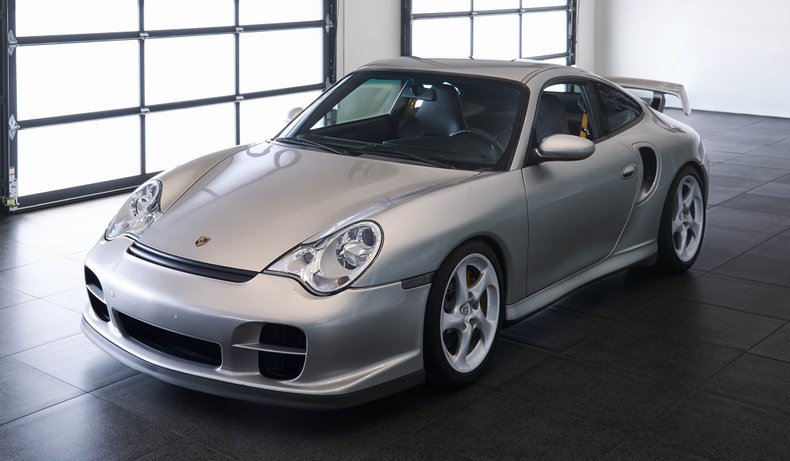 When Porsche replaced the 993 generation of the 911 with the all new 996 generation they certainly gave the model a complete rethink. After abandoning air-cooling in favor of more traditional and common water cooling the engineers also spent time giving the 911 a broader appeal.

One such example is the GT2. During the 993 production run the GT2 model was a seriously stripped out 911 Turbo employing rear wheel drive in order to continue to shed weight. What was left was little more than a street legal race-car. After spending more than two years developing the 996 GT2 Porsche decided to let most all of the creature comforts remain, including power everything, climate control and leather interior. The result is really a car that can be used everyday but still manages to carry a power to weight ratio unlike anything else on the market in it's day.

The 996 GT2 finally offered the driving and ownership experience worthy of the top step in the 911 family. The model has remained there during subsequent generations of the car including the 997 and 991's.

The car we offer here has covered just over 8,000 miles in its lifetime. It has been expertly cared for wearing all original paint throughout and an interior free of wear or blemishes. The car starts easily and settles into a comfortable idle almost immediately. Once warm you can feel the car wanting to pull very hard in any gear. The car feels light and ridiculously strong. You'll want to put heat into those tires and brakes before testing the car's insane limits. This model is free of guardian angels like stability control; so be aware!! The drive is thrilling with this one. The investment grade of this model valued by condition, low miles and low production numbers (fewer than 1300 worldwide and fewer than 325 sold in the US) make this a blue chip collectible. Contact Steve Thiel to purchase this fabulous Classic Porsche @ 702-383-8060 or sthiel@gaudinporschelv.com.