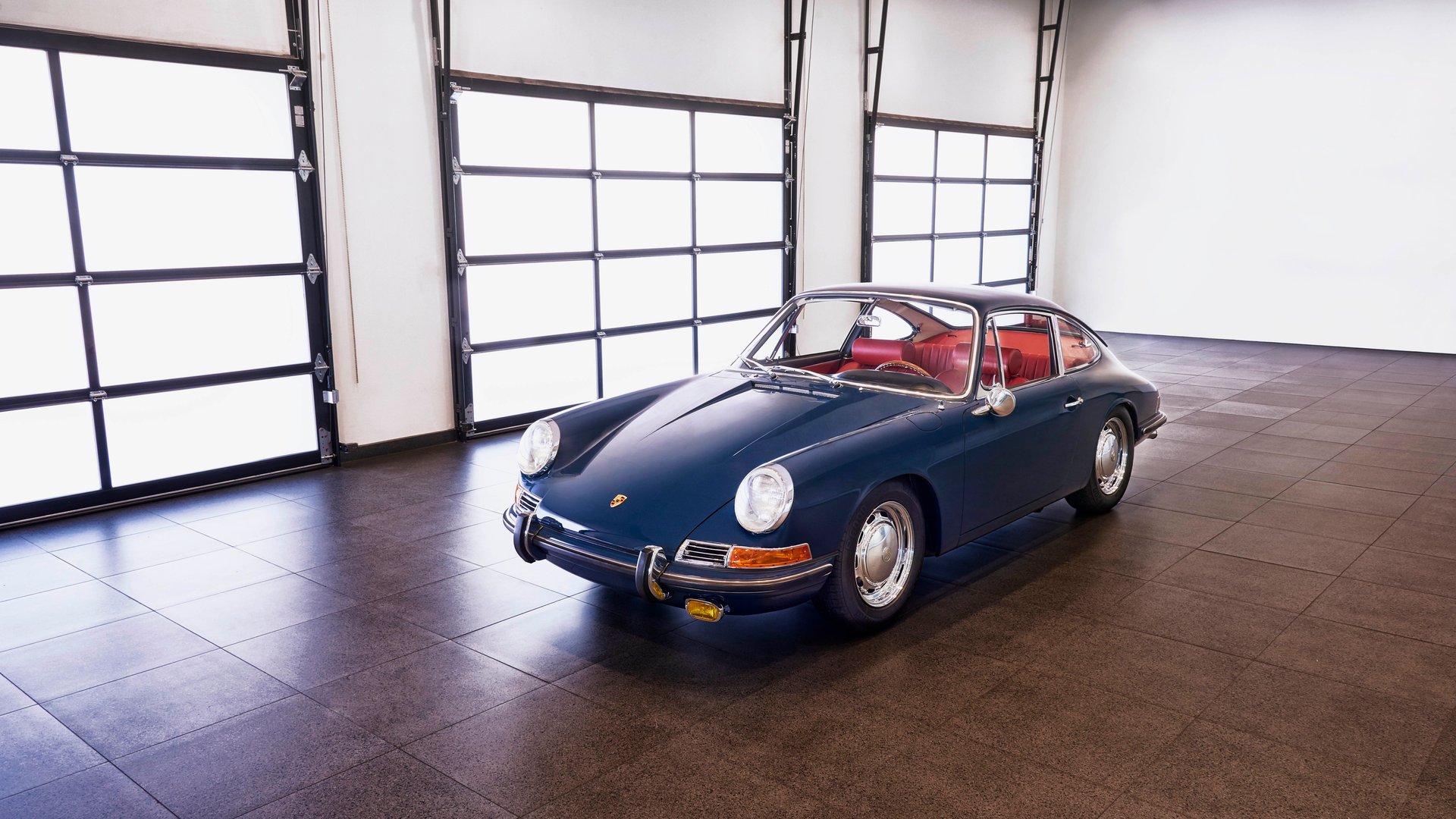 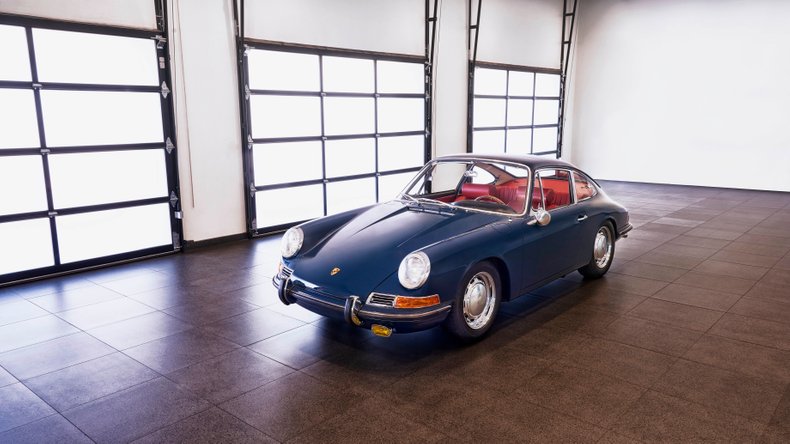 Porsche launched the 911 in 1963 as a rear-engine, large, but still powerful sports car. It impressed everyone—dealers, drivers, and critics. Only a few years after it was released, Porsche realized that people wanted more from the 911. It was a fast car with 130 horsepower, but certainly there was a market for more horsepower and stronger guts.

For the first time in 1967, Porsche revealed a step-up from the base model 911—the 911S. It sported a more powerful engine with an impressive 160 horsepower that would satisfy those who wanted additional power and speed. The S in 911 S stands for 'Super,' and super this car is with 30 additional horsepower without gaining any noticeable weight.

The obvious standout on this restored classic is the original color scheme of Aga Blue with a deep Red leather. This is easily one of the most stunning color ways the factory has ever produced. The paint is deep and lush with a reflection that you could compare to a mirror. This car posses its original 15” by 4.5” wide Fuchs wheels—a staple on S models, yet a rare find. The engine on this model is a two-liter type 901/02 air-cooled six-cylinder engine. The 911S picked up 30 horsepower from the base model through a 9.8:1 compression, forged light-alloy pistons, larger 42 mm intake valves, 38 mm exhaust valves, and two 40 mm Weber downdraft carburetors. This beautiful yet powerful coupé can hit 0–60 in 6.5 seconds and gets up to 140 mph.

This car is restored to its original Aga Blue exterior paint color and red leatherette interior with charcoal carpeting. This particular car has been optioned with several conveniences that make it comfortable to drive even in 2018 including a Webasto gas heater, headrests, a radio kit with an antenna and loudspeaker, a Blaupunkt Frankfurt US AM/FM radio, an outside thermometer, sunvisor with mirror and a Talbot exterior mirror. The 1967 is the ultimate early 911 to own, especially in this fantastic condition.

This excellent 911S was fully restored by marque expert Tom Drummond at Wholesale California and it comes with its factory-issued Certificate of Authenticity. This car is primed to either start or complete your classics collection. A perfectly restored 1967 911S is rare especially in the beautiful Aga Blue exterior and striking Red interior that make this a car that is sure to catch eyes.