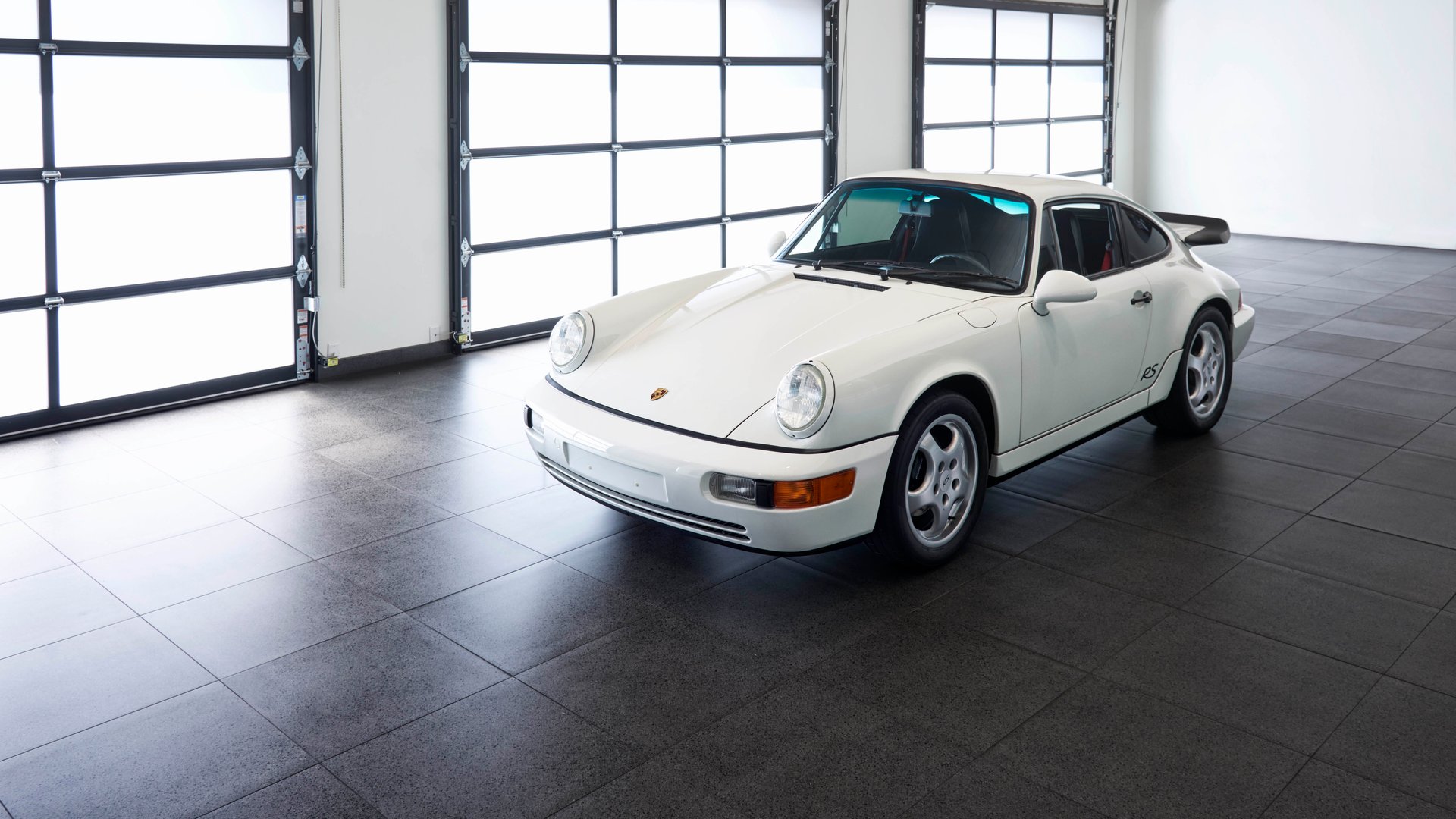 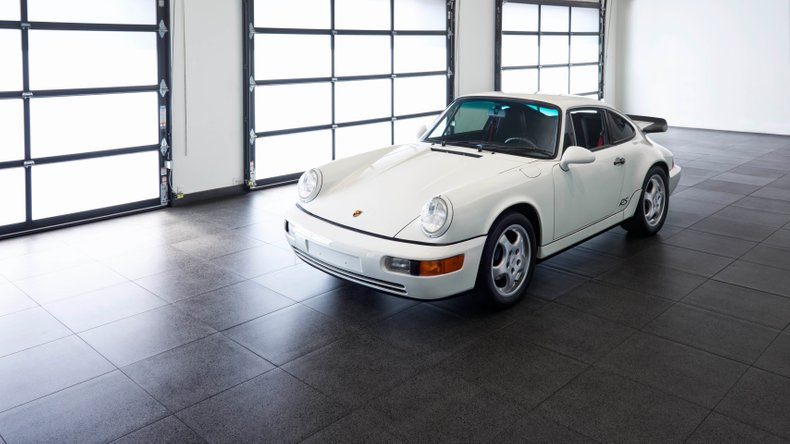 In 1973 Porsche released the 911 2.7 RS as a homologation special. This car was designed to enhance the performance potential of the 911S as it focused the model towards racing. Porsche had hoped to fill approximately 500 orders to meet FIA homologation requirements with the new Rennsport 911. Much to Porsche's surprise, some 1,580 clients took delivery of the RS. The car campaigned successfully in every level of motorsport. From FIA sanctioned events to club racing events held the world over. A legend was born!

In 1993 Porsche decided to create a model for the US market to celebrate the 25 year anniversary of the legendary 911 2.7 RS; the 1993 911 RS America. In order to please devoted, American, 911 enthusiasts, the new RS America was based on a standard US Carrera 2 Coupe with some fantastic RS enhancements. The RSA weighed just 2,954 lbs making it at least 77 pounds lighter than a regular C2. It also featured a whale tail rear spoiler, a partially stripped interior with cloth seats, and “pull straps” for the doors; a heritage design from the original RS. The car rode on standard 17” staggered width Cup Wheels and infamous M030 Sport Suspension. The no nonsense RS model was available with only four options: a radio, a sunroof, air conditioning and a limited slip differential. The standard US Carrera 2 247 bhp engine, brakes and G50 gearbox were retained for the RS America.

The car we have here today is a three owner example. One long term owner it reported to have used the car to commute between two of his homes in the southwestern United States. This owner covered the cloth seats with black sheepskin seat covers and put a black vinyl bra over the front end of this little gem. He effectively preserved the front end and interior to regular wear and tear. As such they both look brand new and belie the true age of the car. Sitting in this example you would think it is just a year or two old.

This car has two of the four original options: the air conditioning and the radio. The car has recently been treated to a brand new set of Pirelli tires all around. The car has been just been serviced and treated to a full front end paint protection film by Xpel. The car starts easily. Once warm the shifter is precise and positive in engagement. The steering is nicely weighted and very modern in its feel. The brakes are a revelation; the will stop this old car on a dime! The engine is brilliant. The car makes very useable torque down low from the rather large 3.6L flat six. The car revs and revs. The RSA pulls all the way to redline. You'll have to learn to read the tachometer so as not to bang well into redline. The handling is a fine balance between comfort down the road and a sporty set up for twisting back roads. Porsche truly engineered a sports car to do it all with the RS America.

Prices for almost every 964 generation 911 have been going upwards over the past two years. A trend most experts suggest has been long overdue. The 964 is considered the most classic execution of the 911. Collectors have finally decided to agree. Limited models such as the RS America are now appreciating assets. Approximately just 785 RS Americas were produced over a two year run. Don't let this opportunity to invest a limited edition, air-cooled 911 with striking performance pass you by.