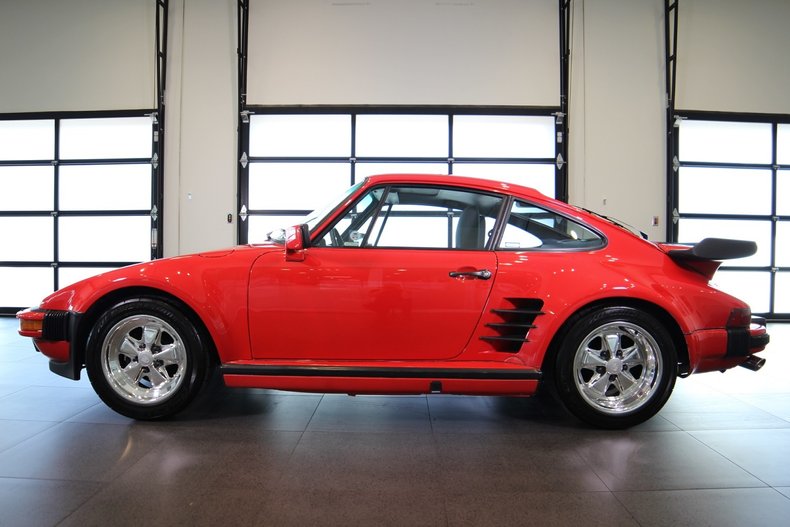 With the success of the Porsche 935 Race Car effort in the late 1970's, tuners in Europe like Ruf and Kremer began to emulate the aerodynamic front end treatment by shaving off the bug-eyed headlights in favor of flip-up units just like the 935's. In 1981 Porsche began offering the same treatment in-house under the special wishes program. Between 1981 and 1989 a little less than 1,000 factory order code M505 cars were built.

The 1987 911 Turbo we have on offer here is one of the rare factory USA M505 cars. This car has covered 68k miles but still looks stunning in Gaurds Red paint. This car is a blast to drive with an aftermarket exhaust. We have recently inspected and serviced this car. It is ready for its next owner.

With iconic 80's flare and unusually low build numbers, especially for the North American market, this head turner is an amazing value and investment. The car on the poster from your bedroom wall in 1987 can be in your garage now!
Contact Michael Anderson to purchase this fabulous Classic Porsche @ 702-759-9511 or manderson@gaudinporschelv.com.